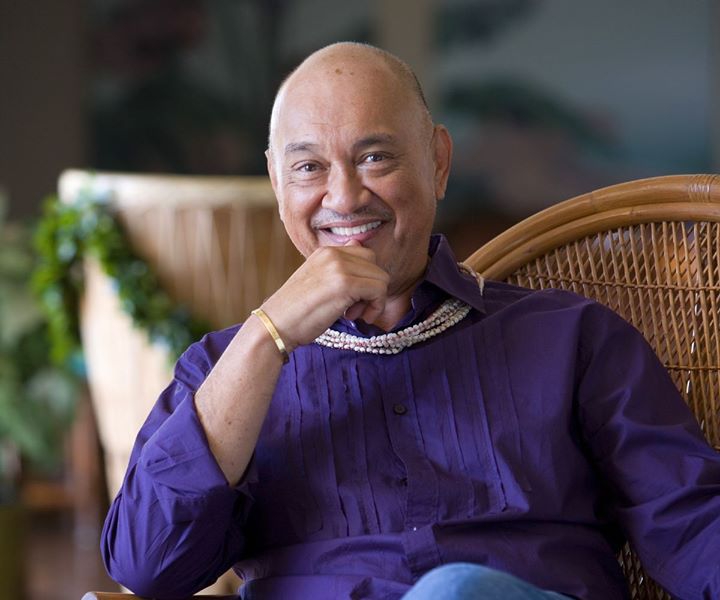 In the 1970's, Robert Cazimero was instrumental in the resurgence of Hawaiian music and culture.That resurgence began a career that almost thirty years later is stronger than ever. Musician, composer, kumu hula...his work in all of these areas is well-known throughout the world.His incomparable elegant voice is distinctive, whether he performs solo on piano or with his brother, Roland, as The Brothers Cazimero. Recording has played an important part of Robert's career, and he has collectively (as The Brothers Cazimero) and individually released over 30 albums over the past three decades. The success of these recording projects can easily be measured by the fact that they all remain on the market. Fans of Robert and The Brothers Cazimero boast of a complete collection of CDs and tapes. National television credits include The Today Show, PM Magazine, Good Morning America, Real People, Jim Nabors Special from Hawai'i, the Miss America Pageant and the Dolly Parton TV special from Hawai'i. A prolific composer, many of Robert's compositions (such a 'Pane Mai', 'My Sweet Pikake Lei' and 'E Ku'u Lei') have become classics and been performed by numerous musicians.Robert Cazimero is one of the most respected kumu (teacher) of Hawaiian dance today, and his dancers, the men of Na Kamalei, appear with The Brothers Cazimero around the world. Hawai'i's popularity as a vacation destination has brought Hawaiian music beyond her shores, and the popularity of this ethnic brand of music has allowed Robert to perform in locales such as Carnegie Hall in New York City, the World Expo in Brisbane, Australia, Hong Kong, Tokyo; and annually in San Francisco, Los Angeles and Seattle to sell out crowds. The many talents of Robert Cazimero have established him as a benchmark in Hawaiian music and culture.
Seating is First Come, First Served
$10 Food orBeverage Minimum Per Person Once Seated;
Full Bar & Full Dinner Menu Available
Kama'aina discounts available. Call 808.777.4890
Mahalo!