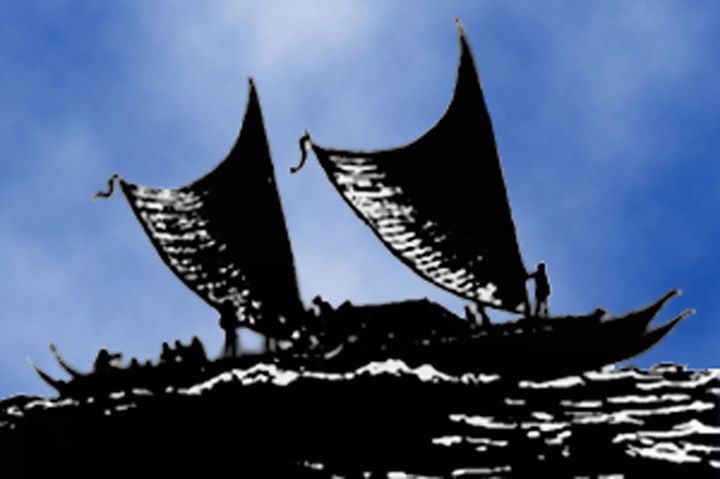 The Real ‘Moana’ Story: How the Polynesians Explored, Discovered

The recent Hollywood animated blockbuster, ‘Moana’, exposed new audiences to the great sailing and way-finding traditions of the Polynesians, while Hōkūle’a’s circumnavigation of the globe dispelled any doubts about the sailing abilities of Polynesian voyaging canoes. But the deeper, real story of ‘Moana’ has gradually been emerging from the painstaking work of archaeology. Over the past two decades, archaeologists have unearthed significant new finds that shed light on the remarkable expansion of the Polynesians out of their homeland in the Tonga-Samoa region. Beginning around A.D. 900-1000 Polynesian ancestor rapidly discovered and settled every archipelago and island in the central and eastern Pacific, from Hawai’i, to New Zealand, to Rapa Nui (Easter Is.). And, there is little doubt that they also reached the shores of the Americas, returning with the sweet potato which they introduced to the islands.

Prof. Kirch will discuss these new findings, such as the excavation of new sites dating to the early period of Polynesian expansion; the exceptional discovery of part of a voyaging canoe hull in New Zealand; advances in high-precision radiocarbon dating that allow archaeologists to pin down settlement dates for all of the major islands; and, geochemical sourcing of stone tools that has demonstrated remarkable interisland and interarchipelago voyaging. The real story of ‘Moana’ is the story of the ‘Vikings of the sunrise,’ the greatest navigators of the pre-modern world.

Speaker Bio: Born and raised in Hawai’i, Dr. Patrick Kirch received his B.A. from the University of Pennsylvania and Ph.D. from Yale University. Before joining the Berkeley faculty in 1989 Kirch held positions at Bernice Pauahi Bishop Museum, the University of Hawai‘i, and the University of Washington. Kirch uses islands as “model systems” for understanding both cultural evolution and the complex dynamics between humans and their island ecosystems. He has carried out archaeological fieldwork in the Mussau Islands, Solomon Islands, Tonga, Samoa, Futuna, the Cook Islands, Society Islands, Mangareva Islands, and Hawaiian Islands.