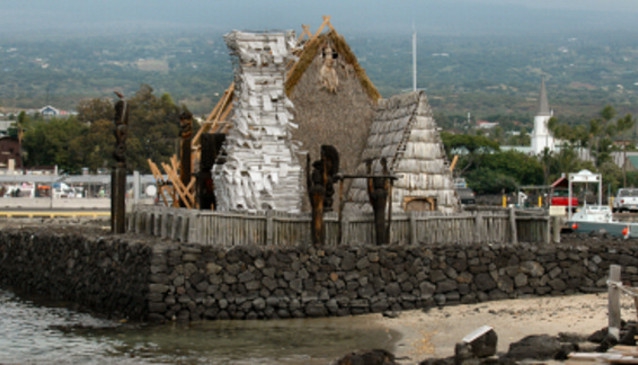 Are you a business owner in Hawaii?

Promote your business 365 days a year with the #1 Guide to Hawaii.

A Heiau is a sacred Hawaiian temple, typically a central community focal point for the Hawaiian people where they held religious ceremonies. Ahuena Heiau is an especially significant location because it was where Great King Kamehameha worshipped from 1813 until his death in 1819. King Kamehameha was the first and only King to unite all the Hawaiian Islands under one ruler. Scholars believe Ahuena Heiau was dedicated to Lono, the god of agriculture and prosperity. On top of the thatched roof sits a golden plover, the bird believed to have led the first Polynesian settlers to Hawaii.

The Heiau sits at the water's edge of Kailua bay on the property of the King Kamehameha Hotel. Free admission daily 9am-4pm and guided tours are available. Check with the hotel lobby for rates and times.