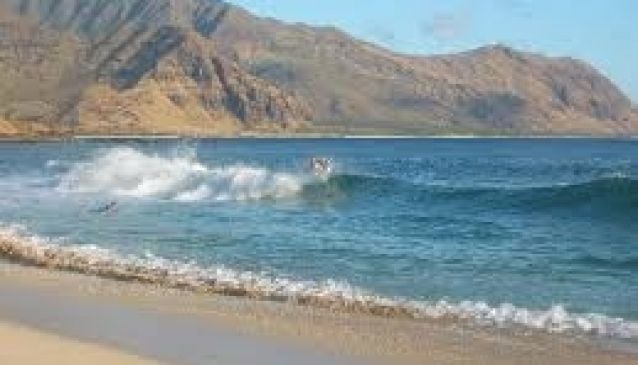 One of the more secluded beaches in Oahu, Keawaula Beach / Yokohama Bay is known for being a hidden gem so to speak since it is located off the beaten path. Backed by the Wai'anae Moutain range gives this beach a beautiful backdrop to its crystal clear waters and white sand. This beach was named after the abundance of squid that turn red when they reproduce and its other name, Yokohama Bay was named after Japanese fishermen gave it the name in 1900s.

Keawaula Beach / Yokohama Bay is a sandy beach with clear waters and is considered a hidden gem for the most part. Surfers also come here during winter season where the waves are bigger. The waters here have strong currents thus lifeguards are always on the watch. It is also part of the huge Ka'ena Point State Park.

Keawaula Beach / Yokohama Bay is located at the end of Farrington Highway in Oahu which is just off the beaten path. Being a part of Ka'ena Point State Park means that it is backed by the mountain range and forests is fairly close to civilization. This location is still a little far off from important establishments and locations and might take time to go to other places while visiting here so make sure you plan ahead your trips.