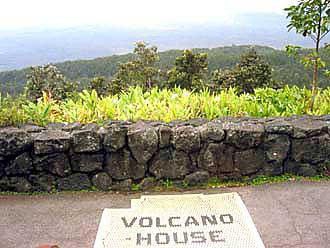 Note: The Volcano House hotel and Namakanipaio Cabins will be closed beginning January 1, 2010, due to seismic retrofitting, fire suppression upgrades and rehabilitation of the interior of the facility. It is estimated to reopen early 2012.

Located only 28 miles from the Hilo International airport is the Volcano House Hotel. The hotel is the Hawaii's oldest hotel which was originally built in 1846 and still has the stone fireplace that has burned for more that 125 years located in the warm and friendly lobby. The hotel is situated on the edge of Kilauea which is one of the world's most active volcanoes. The lodge is old-style country and found inside the Volcanoes National Park; there is an entrance fee into the park of approximately ten dollars for a week long pass. The lodge is inside the park so guests will need a park pass.