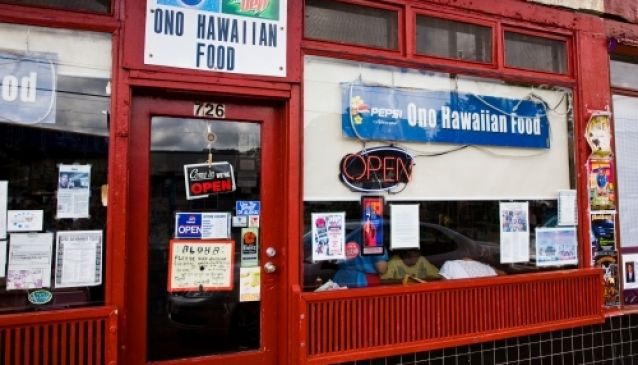 Being situated to nearby tourist destinations, you'll understand why ONO Hawaiian Foods is a popular restaurant. Not to mention they also serve amazing and authentic Hawaiian dishes. Priding themselves with fast service while still maintaining quality, ONO Hawaiian Foods is clearly a great choice for anyone looking for a vibrant taste of what the island has to offer.

As stated earlier, ONO Hawaiian Foods is just a couple of minutes away from great tourist destinations such as the Honolulu Zoo, Ala Wai Golf Course, and the Diamond Head State Monument. Form here you can also reach other amazing food establishments such as Leonard's bakery. If you want to stay nearby there are plenty of accommodations to choose from.

ONO Hawaiian Foods offers authentic Hawaiian dishes on their menu including Laulau Place, Kalau Pig Plate, Naau Puaa, Hua Kai, and many more. They also serve classic staples such as Poi, Poke Fish, Portuguese sausage, and Haupia. There aren't many drinks available in ONO Hawaiian Foods aside from your regular canned soda, tea, and then some.