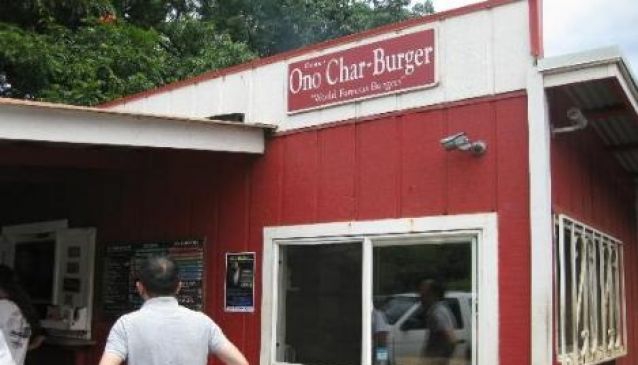 Duane's Ono Char-Burger is a relatively small and quaint burger joint that offers a simple yet delicious menu of burgers and side dishes to go along with it. Considered a hidden gem since it is fairly hard to locate this restaurant, Duane's Ono Char-Burger has a nice relaxing and casual setting and not to mention a lovely view of the nearby beaches.

Duane's Ono Char-Burger is located along Kuhio highway in Anahola. From here it's just a couple of minutes away from famous beaches, resorts, and tourist destinations nearby. Not to mention the quiet atmosphere and the view of the surrounding scenery is also very nice.

Duane's Ono Char-Burger serves up their famous Ono Char-Burgers with selections like ono, cheese, bbq, teriyaki, and old fashioned to name a few. Also on their list of food selections are fish and chips, deep fried shrimp and fries, and chicken and chips. Other food items offered here are ice cream for dessert, a variety of side dishes, and ono sandwiches.