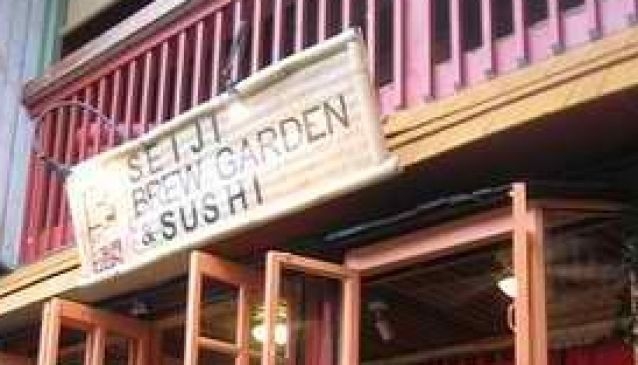 This hole in a wall restaurant offers authentic and fresh Japanese dishes and most notably their tasty selection of sushi. If you want your sushi as fresh as the time they were caught, Seiji Brew Garden & Sushi is the place to go. Not to mention Seiji himself has been making sushi for 20 years and another 40 years in the Japanese food industry which gives this restaurant and its food a good sign of quality.

Seiji Brew Garden & Sushi is located in the heart of Kailua-Kona on Alii Drive. This spot is a bit hard to find thus earning its 'hole in the wall' title. But what it lacks in size makes up for in convenience with plenty of nearby establishments and tourist locations to go to from here.

Seiji Brew Garden & Sushi is known for its sushi but their menu has plenty more to offer. With appetizer choices like tempura, edame, tuna poke, and agedashi tofu you'll surely be left wanting for more. They also serve sashimi, salads, noodles (udon and soba), teriyaki, and more. They also have special bowl dishes for you to choose from that has noodles (udon and soba) and a variety of meat choices including shrimp and tempura.