No trip to Oahu is complete without visiting its historic Chinatown district, and there is no better day to celebrate its art and nightlife scene than on the First Friday of every month downtown. Tourists and locals flood the streets of Honolulu by the hundreds for the monthly First Friday event, which features a free self-guided tour of some of Hawaii’s finest art galleries and turns into a massive block party by night.

Created in 2003, First Friday has established Chinatown as the premier place to be each month for art lovers and partygoers alike — rain or shine. A total of 14 art galleries and studios pepper the streets of Chinatown, staying open late from 5-9pm and providing live entertainment and refreshments. The ARTS at Marks Garage, a gallery at 1159 Nuuanu Avenue, is the unofficial hub of First Friday, attracting more than 30,000 people annually to 12 rotating exhibits.

The free galleries walk, which passes an array of ethic restaurants and Chinese herb and acupuncture shops, runs mainly along Nuuanu Avenue and spans more than five blocks. The Louis Pohl Gallery, located in the heart of the district at 1142 Bethel Street, features the work of four resident artists and their intricate ceramic sculptures and murals with glaze effects, as well as original paintings and prints using collagraphs, serigraphs, lithography and digital art prints. The Peggy Hopper Gallery, at 1164 Nuuanu Avenue, is one of the premier galleries to visit and is well known for Peggy’s paintings of beautiful Hawaiian women. The galleries rotate their exhibits for each First Friday, and free maps of the galleries walk are available inside them. 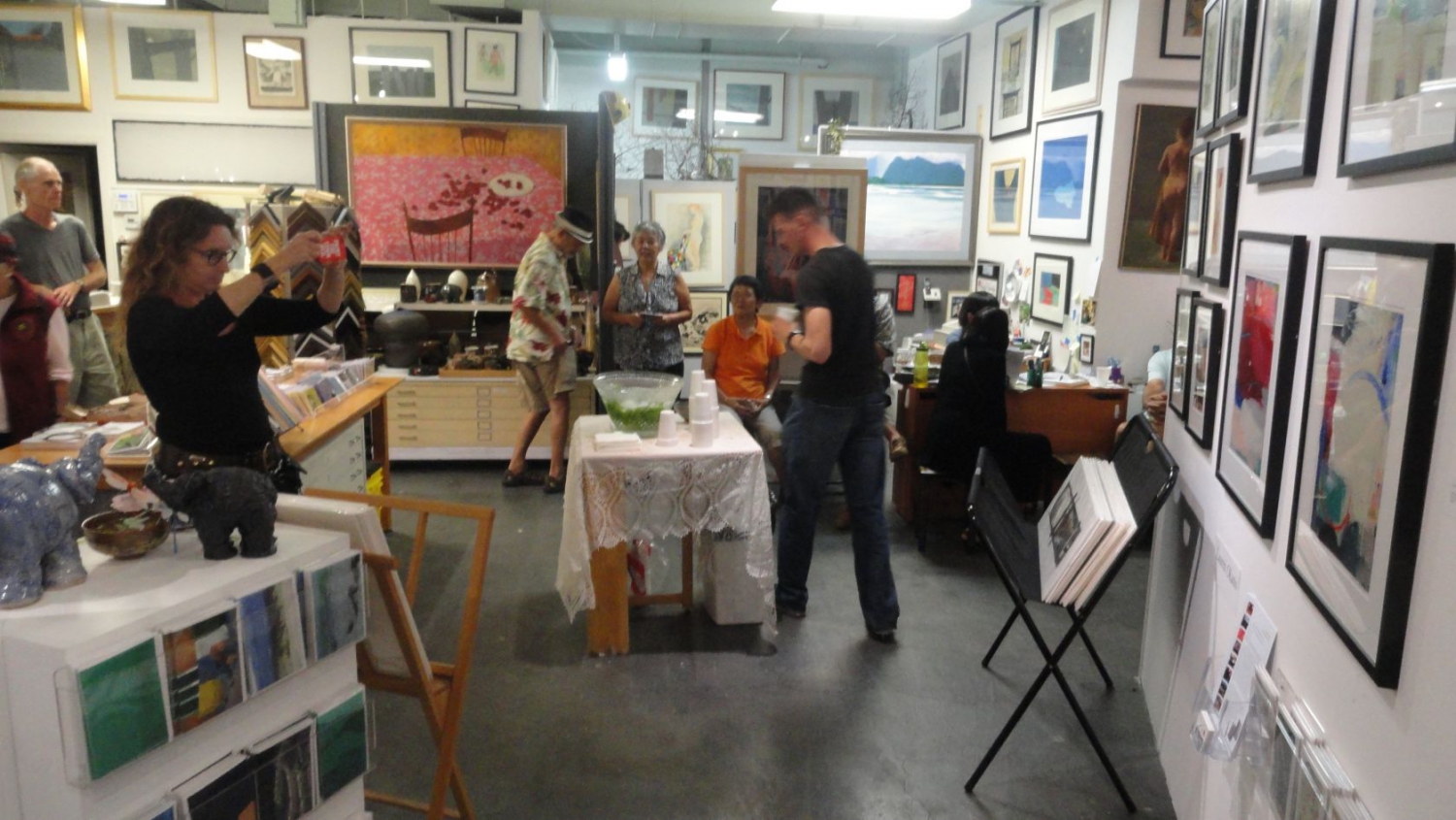 According to Sandy Pohl, the owner of the Louis Pohl Gallery, First Friday originated as an effort by local merchants to establish the downtown-Chinatown area as a thriving arts community. Starting with 100 visitors per First Friday a decade ago, she said more than 2,000 people will now walk into a single gallery on the combined First Fridays of any given year.

When First Friday started, Chinatown was a notoriously seedy community rife with drug dealing, prostitution and homeless squatters. Prior to 1901, the area was devastated by two fires and the bubonic plague, but today Chinatown rises from its historical ashes as an artistic and cultural centerpiece of Oahu.

Although a tinge of seediness still exists along the fringes of Chinatown, First Friday has reinvigorated the area into a haven for the arts and trendy partying until 2am. The event has given birth to a number of chic bars, nightclubs and cafés (mostly along Hotel and Bethel Streets, and Nuuanu Avenue), cramming thousands of partygoers within a few blocks of each other every month. In line with First Friday’s arts theme, many drinking establishments are decorated inside with local artwork for sale. 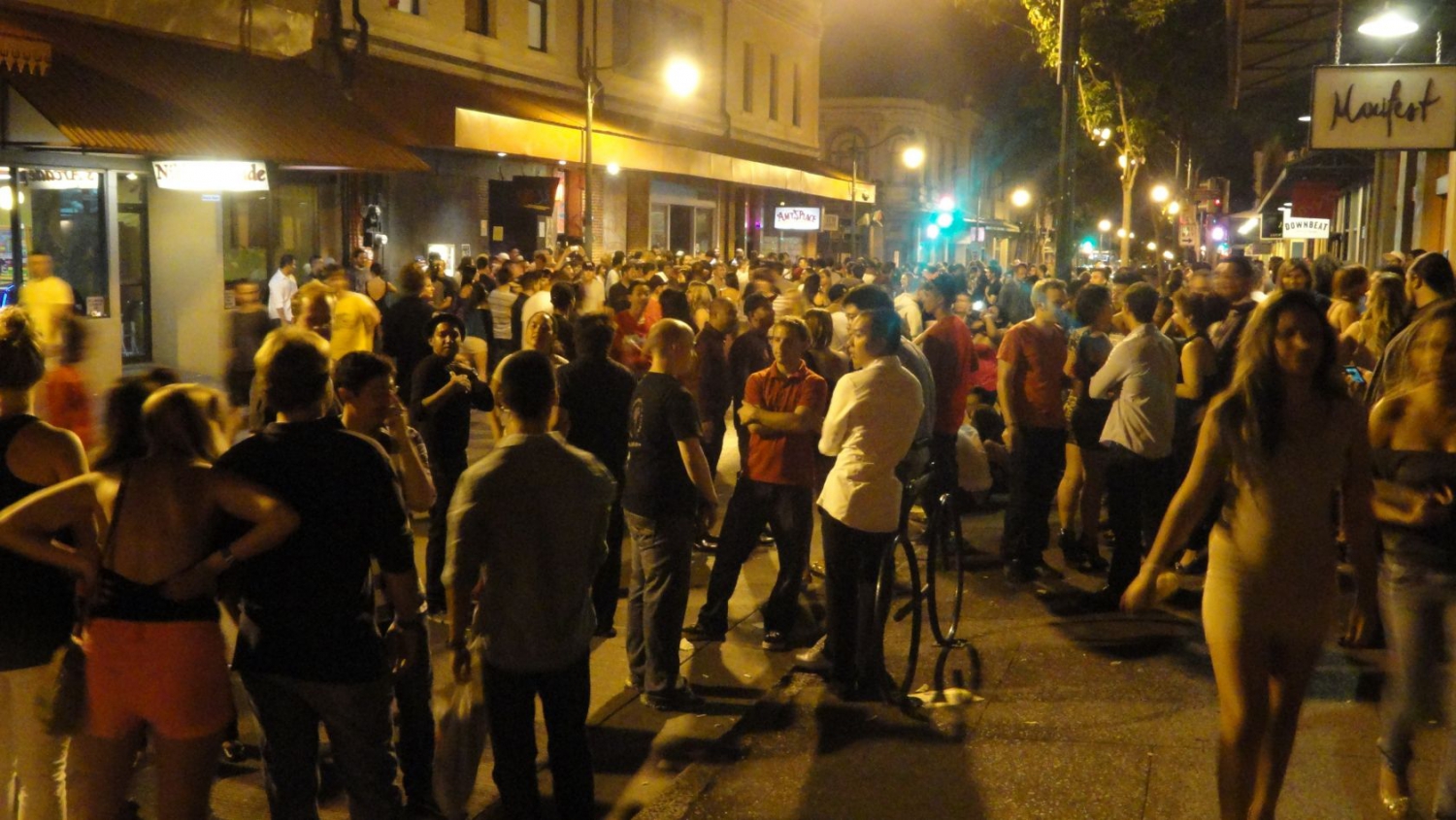 The First Friday block party, which starts around 9pm, after the galleries close, has become a major production of late. The Honolulu police barricade the bus route between Nuuanu Avenue and Smith Street, setting the scene for people to explore more than 15 drinking establishments in close proximity of each other. Popular drinking holes include Bar 35, Murphy’s Bar & Grill, Manifest and SoHo, and cheaper dive bars like Smith Unions (“Smitty’s”) lie nearby.

Depending on how early you start, most cover charges at clubs can be eluded by arriving before 9pm — the informal cutoff before getting on a wait list or standing in some 50-person lines. Several eateries such as the Downbeat Diner and various hotdog stands stay open until 4am to satisfy people’s late-night hunger. Parking can be difficult to find, so arrive before 8pm to ensure a spot. There are at least 10 private and four municipal parking lots available in the area, and firstfridayhawaii.com is a good resource for more information.

Interestingly, since the global recession started in 2008, First Friday has slowly seen an influx of young partiers and a moderate decline in art patrons, according to Pohl and other gallery owners. Still, whether you are a trendy hipster looking for a fun night on the town or a quiet art lover searching for inspirational works, First Friday on Oahu is one event worth stopping by. 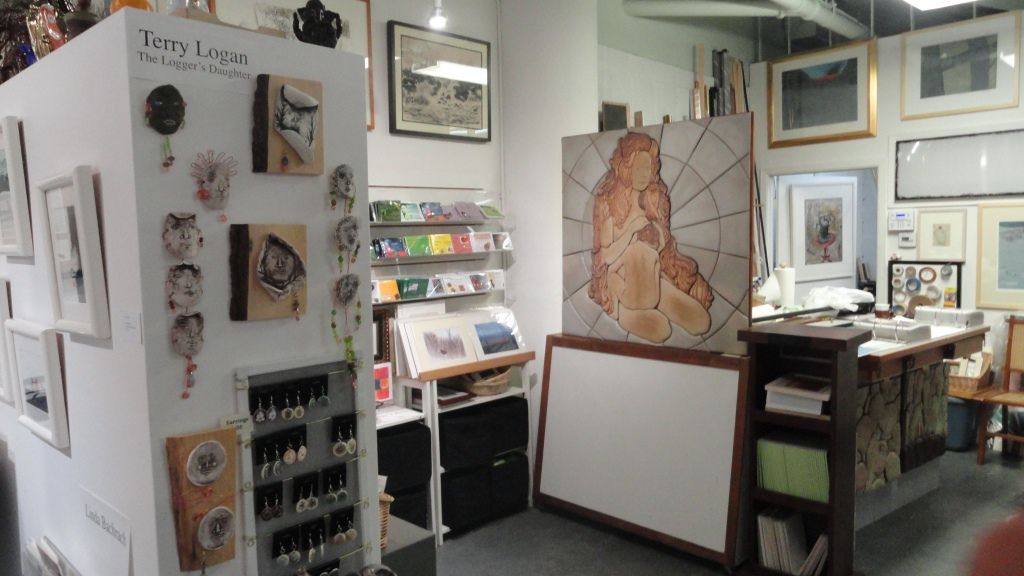