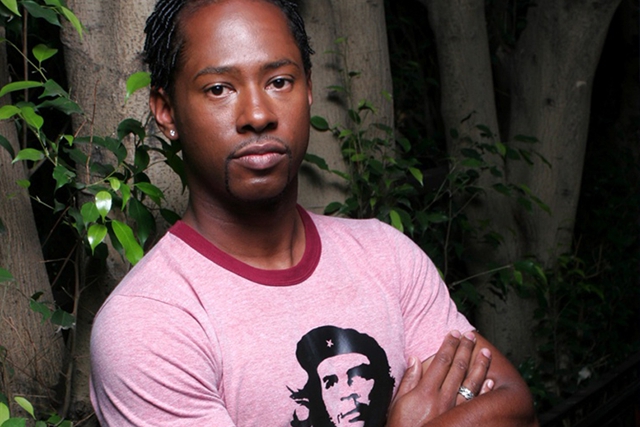 She was one of the most extraordinary artists of the twentieth century, an icon of American music. She was the consummate musical storyteller, a griot as she would come to learn, who used her remarkable talent to create a legacy of liberation, empowerment, passion, and love through a magnificent body of works. She earned the moniker 'High Priestess of Soul' for she could weave a spell so seductive and hypnotic that the listener lost track of time and space as they became absorbed in the moment. She was who the world would come to know as Nina Simone.

Camara Kambon:
In 1995, just 23 years old and not even a full year out of college, Camara Kambon took home one of the most coveted awards in the entertainment world, an Emmy, for the music he composed for the HBO film, Sonny Liston: The Mysterious Life and Death of a Champion.

Such an achievement might be the capstone to any musician's career but in many ways, it was just the beginning for Kambon, who has lent his musical touch to an array of films, tv shows and recording artists. A prodigy and eclectic, he has shared the stage or the studio with performers ranging from Dizzy Gillespie to Dr. Dre, the Baltimore symphony orchestra to Mary j. Blige and Eminem.

Trained as a jazz and classical pianist, his compositions move easily from the lush strings of an orchestra to the pounding beats of hip-hop and R & B.

He followed up his Emmy win with two more nominations for scoring sports-related HBO films and he earned 3 Grammy nominations in 2001 for co-writing the Blige no. 1 hit 'Family Affair'' and for his keyboard work on Nelly Furtado's 'Whoa, Nelly!'' and Eve's 'Scorpion.''

Kama'aina discounts available. Call 808.777.4890
Discounts do not apply to prior ticket purchases. No refunds or exchanges. Please make sure you purchase tickets for the correct date and time. Mahalo!